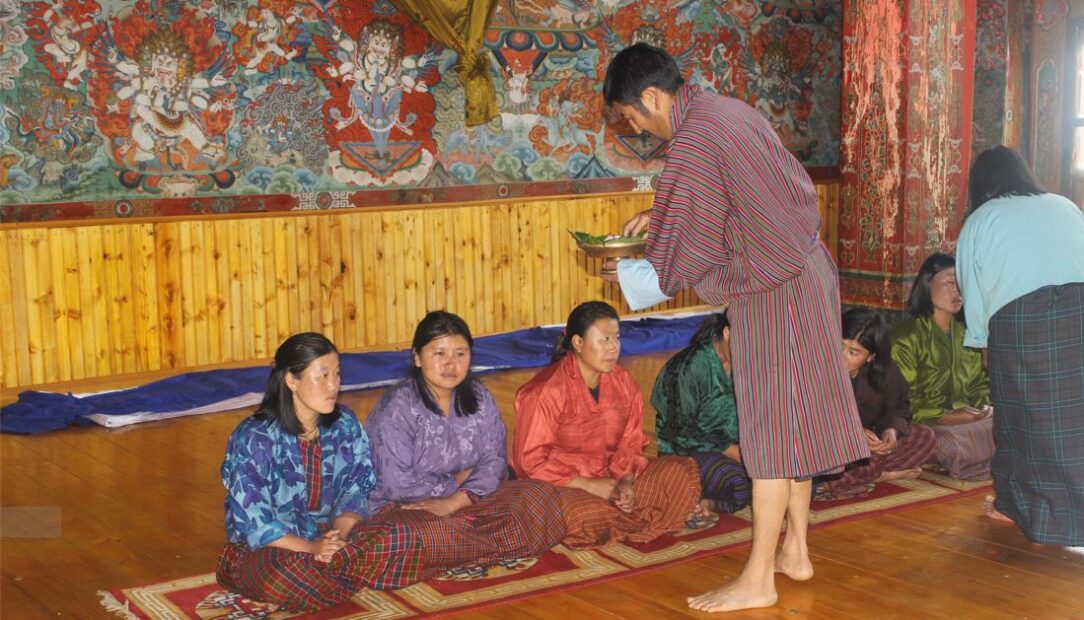 Today we launched the Association of Ura Culture Keepers successfully coordinated under the Nyo Culture Initiative in partnership with the culture keepers of Ura-dozhi community. This association marks first of its kind in Bhutan aimed at safeguarding culture and traditions through partnership at the grass root local culture keepers.

Aimed at safeguarding local cultures, the keepers of the cultures were brought together to form an association to ensure the local cultures continue to thrive while it also benefits the community socially, culturally and economically.

The foundation offered a minimal amount in seed money for the association in the simple founding ceremony on which the association shall build their sustainability through activities focused at preservation and promotion of local cultures of their locality.

Core working members were also selected to form Executive Committee entrusting duties and responsibilities. Before the final founding of the association, the foundation conducted two consultation meetings with the culture keepers explaining aims and objectives of the initiative and then to review draft articles of association and other documents that were ractified and endorsed on the founding day today.

Nyo Culture Initiative keeps in mind the changing atmosphere that poses risk of losing local cultures to the globalization. The formation of culture keepers association is therefore seen as a key element to sustain cultures in different regions and local communities. Therefore, Nyo Culture Initiative explores possibilities or partnership in promoting and supporting formation of such associations in various needy societies where local cultures are at risk.