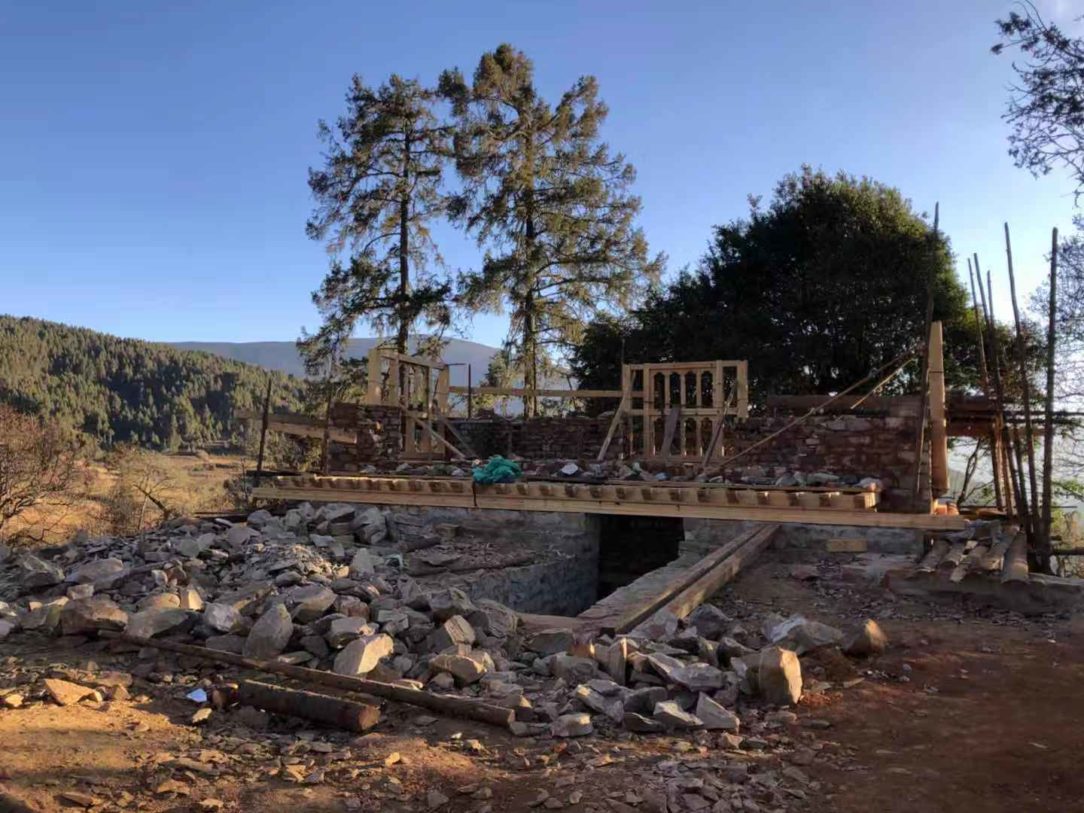 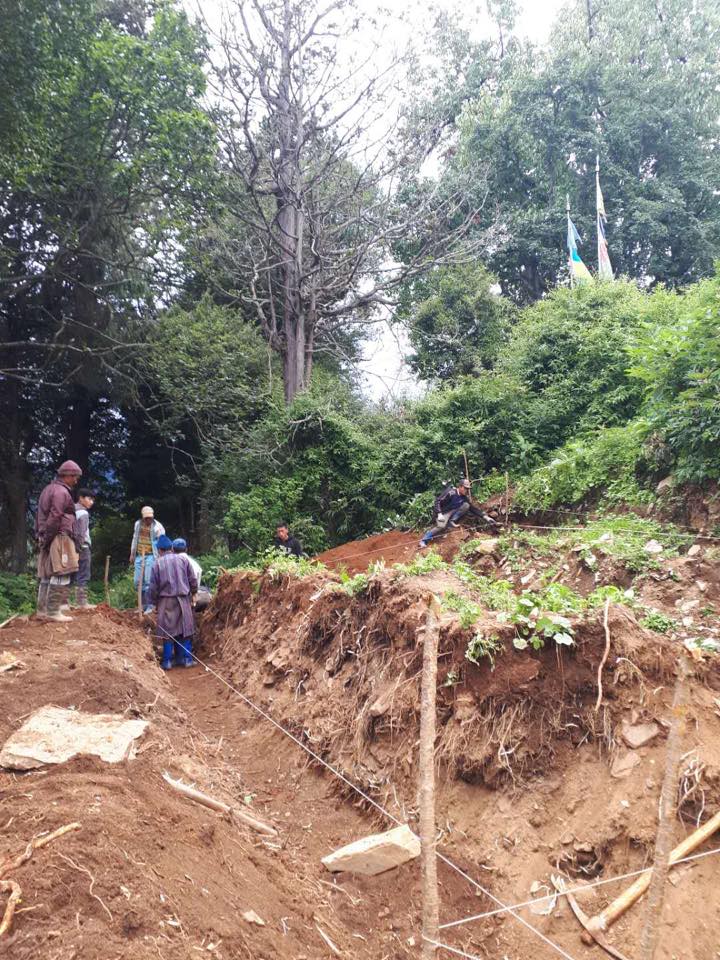 The hostel construction of Sumtrhang’s restoration project is gladly in progress with necessary support from the royal government of Bhutan and our dharma supporters.

The progress was made possible with all the necessary supports from concerned agencies and importantly with major funding supports from the Swedish Tibetan Society for School and Culture, who graciously support the monastic endeavor to restore its glorious tradition of monastic school and cultural traditions. The monastery would also like to thank individual foreign students of Sumtrhang Choje for their generous contribution towards this objective which made a substantial resources for the progress we were able to achieve thus far. Not the least, the monastery would like to thank the local well wishers and supporters who placed faith and belief in the restoration project.

The Hostel for about 25 students by the monastic temple using traditional materials in an authentic traditional aesthetics have been progressing well. The hostel plan has two traditional buildings of three floors each with three rooms to accommodate 12 students each in each building structures. A detached toilet structures is put in between the two hostel structures which will have a bath room where a solar water heating system is planned to be installed on the roof of the toilet for shower. The construction of one of the two units of 12 bed hostel began towards the end of July 2018 on having reached the third floor which includes major wooden works, the work was put at halt temporarily to skip the winter cold for the workers to continue the progress in early spring next year.

Meanwhile, another major part of the Sumtrhang restoration project which includes the classroom, the library and teachers residential rooms remain an another challenge ahead and we look for ward to your continued support. It not only restores the 13th century monastic tradition and unique Bhutanese culture and traditions such as the Sumtrhang’s mask dances which is endangered at current status.